How an MBA Can Help You

An MBA can help advance your career in more ways than one. Credibility. Confidence. A big-picture perspective. Appreciation for other points of view. That's what MBAs say when asked what the degree has done for them. "It gave me a broad perspective of the business world. How the economy works [and] how my industry works," says Susan Odegaard Turner, founder of Thousand Oaks, California-based consultancy Turner Healthcare Associates. Her MBA, from California Lutheran University, helped her acquire "a total understanding of organizational behavior, of human relations." Turner took MBA courses at night while working full-time as a nurse and supervisor at a hospital. Interacting with her fellow MBAs in the classroom gave her skills that she applied on the job.
Sponsored

One of Turner's memorable courses was business ethics, made up almost entirely of male engineers. "I was often the only female, the only nurse," she says. Listening to her classmates -- and having them listen to her -- taught Turner to "look at the world from the other end of the funnel. Engineers tend to think in black and white, but nursing is all about shades of gray." Disagreeing, Politely Learning to respect classmates' views is central to virtually every MBA experience. "I began to learn how to listen," says David Fetherston, who earned his degree at Babson College in Wellesley, Massachusetts, and now directs the college's MBA Center for Career Development. "[My MBA taught me] how to challenge politely, to know when to back off."
Sponsored

Exercising good manners isn't just polite. It's good business, too. "When we listen and treat each other with respect, we get a better decision," says Yale University MBA Laura Tully, who heads Laura Tully Coaching. She credits her MBA experience with helping her understand the psychology of people and organizations. "If you can understand what is happening, you can change it." 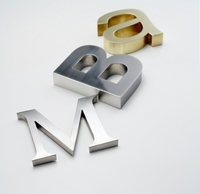 You can use an MBA to help you get ahead in your career.

Human interactions aside, financial skills -- the ability to read earnings reports or create credible sales forecasts -- remain central to any MBA curriculum. But that expertise is a given. "It's not your ability to manage a spreadsheet that will test you," says Michael Kraten, founder of consulting firm Enterprise Management in Milford, Connecticut. "In the workplace, people have different ideas of what needs to be done. Developing skills to deal with those differences is difficult." For Tully, even the lessons from her stats class weren't really about numbers. "'Most of you will be managers,' my statistics teacher said," she recalls. "'You won't be creating [statistical reports], you'll be consuming them. I want you to understand what questions to ask.' Throughout my whole career, I've thought of that and said: 'Oh yes, I can do this.'" Moving Up More than any other factor, an MBA is about moving up -- in your original field or on to another. Before Kraten earned his MBA at Yale, he worked for Deloitte & Touche as a CPA. After graduation, he returned to the audit and advisory firm and said, "You aren't going to dump me back in accounting, are you?" Happily, the answer was no. Kraten became a consultant. "'You're not just another accountant,' the firm's recruiter told me," says Kraten. Now teaching MBA students at the University of Massachusetts Lowel and at Suffolk University in Boston, Kraten sees his pupils make similar leaps, from engineering positions into top management. Other examples abound. At Babson, an MBA internship opportunity helped a former elementary school administrator get hired by a major consumer products company in marketing, says Fetherston. At the hospital where Turner worked, she was promoted from ER manager to ambulatory care director before she completed her coursework. "The MBA gave me credibility," Turner says. More Money — and More Then there's the benefit many MBAs don't talk about. "MBAs make more money -- at least, they make more money in the beginning," says Muhammad Abdullah, former director of the MBA program at Pfeiffer University in Charlotte, North Carolina. Abdullah says the more important, though less tangible, benefits include figuring out who you are and what you want to do with your life. "An MBA puts you in the position to get what you need," he says. This article originally appeared on Monster.com.